Are you a Leader? Find out more about ways to develop maturity. 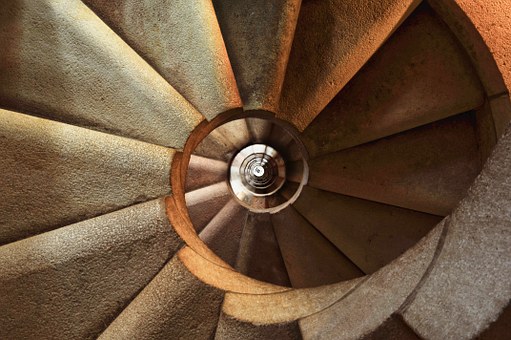 Did you know that the meaning-making capacity of individuals is reflected in their language?

Susanne Cook-Greuter’s sentence completion test (which is now called the MAP – Maturity Assessment Profile) is based on this fact. After evaluating thousands of tests, she created a description of 9 levels of increasing embrace, each representing a distinct, qualitatively different, uniquely defined and increasingly complex view of self and reality.

In this newsletter we share some interesting facts about this theory and also include a short description of the stages and the managerial style they represent.

Dr. Susanne Cook-Greuter‘s Ego Development Theory (EDT) is based on Jane Loevinger’s ego development framework and has been developed and refined over the last 40 years. It is quite unique and different from other theories as, unlike almost all other developmental approaches, it focuses on meaning making. EDT is a grounded theory which addresses the whole person.

The earliest tier, the preconventional, is rarely encountered in professional contexts, as these levels are expected to be traversed in childhood and left behind as main modes of functioning.

Below is an overview of the stages that are most prevalent above the preconventional level:

Stage 2/3: Self-centric (Opportunist, Self-protective)
Focus: Own immediate needs, opportunities, self-protection
Managerial style: Short term horizon; focus on concrete things and personal advantage; may manipulate, deceive, and coerce others to manage them; distrust of others as manipulating them; fragile self-control; hostile humor; external blame; “I win, you lose mentality;” view luck as central; stereotyping; see rules as loss of freedom; treat what one can get away with as “right;” punish according to “eye for an eye;” feedback heard as an attack.

Stage 3/4: Skill-centric (Expert)
Focus: Expertise, procedure + efficiency
Managerial style: Immersed in the logic of their own craft, regarding it as the only valid way of thinking; strong belief systems: dogmatic; conformist moral standards; reactive problem solvers; value efficiency, high standards, decisions based on incontrovertible “facts;” can get stuck in detail, perfectionism; need to stand out and be counted; critical of and competitive with others; consistent effort to improve procedures, techniques and efficiency; serial problem-solving; cannot prioritize among competing demands; feedback heard as criticism.

Stage 4: Self-governing (Achiever)
Focus: Delivery of results, effectiveness, goals, success
Managerial style: Pursue results and effectiveness rather than efficiency only; longer-term goals; future-oriented; in charge of self as agent, initiator rather than pawn of system; systematic (scientific) knowledge, seek proactive ways around problems, may be unorthodox; begin to appreciate complexity and multiple views, but keep them separate; blind to subjectivity behind objectivity; seek consensus: ‘agree to disagree;’ mutuality and equality in relationships; feel guilt when not meeting own standards or goals; self-critical; behavioral feedback accepted.

Stage 4/5: Self-questioning (Individualist/Pluralist)
Focus: Self in relationship; interaction with system
Managerial style: Concerned with difference between reality and appearance; increased understanding of complexity, systemic connections and unintended effects of actions; begin to question their own assumptions (new self-focus) and that of others; realize subjectivity of beliefs; talk of interpretations rather than truth; can play different roles in different contexts; may seek changes in many life and work situations; postconventional ability to adjust behavior to context; systematic problem solving; begin to seek out and value feedback.

Stage 5/6: Construct-aware (Alchemist):
Focus: Interplay of awareness, thought, action, and effects; transforming self and others
Managerial style: Highly aware of complexity of meaning making, systemic interactions, and dynamic processes; seeks personal and spiritual transformation and support others in their life quests; creates events that become mythical and reframe meaning of situations; works both with chaos and order; blends opposites; sees light and dark, continually attends to interaction among thought, action, feeling and perception as well as influences from and effects on individuals, institutions, history and culture; treats time and events as symbolic, analogical, metaphorical (not merely linear, digital, literal); aware of continuous self-redefinition and change as part of life process.